The top 3 Best Airbike for Crossfit [Review and Buying Guide]

Wod Review is reader-supported. When you buy through links on our site, we may earn an affiliate commission.

To debunk their massive popularity among CrossFit communities and boxes, we must take a step back and see what led to the air bike boom.

The indoor bikes became popular at the same time as the regular bicycles, which were from the late 1870s to the early 1900s. Along with the physical culture movement that was happening at that time, indoor bikes’ desire was only increasing. Interestingly, the Titanic had indoor bikes in its gym.

Air bikes have been available since 1978 with Schwinn company’s introduction of the Airdyne – one of the few fitness products that are still present from that time. It was also the time when Americans increased awareness about cardiovascular problems. As we will later see in detail, air bikes proved to help fight those health issues.

We are still witnessing the real popularity that came in the late 90s when CrossFitters discovered the significant effect for the whole body and the incredible results in high-intensity interval training (HIIT).

CrossFitters and other gym enthusiasts started buying old Airdynes on Craigslist, while coaches started creating workouts based on the air bikes.

The problem with the old Airdynes was that they often needed to be repaired, and while the first Airdynes was sturdy and heavy, the ones from the 90s were relatively lighter.

This issue will soon be changed by introducing some of the best air bikes for crossfit explicitly designed for CrossFitters and durable for any kind of heavy workout, which we will discuss in the following text.

Best 5 Benefits of AirBike for CrossFit

We could talk on and on about the splendid advantages of air bikes. However, we are going to break them down for you clearly and briefly.

Design for Everyone (Unique)

Whether you are a CrossFitter, elite athlete, military personnel, competitive cyclists, and sprinters, or you are only getting started, the unique design of an AirBike for CrossFit gives everyone equal difficulty and great results. The reason behind it is the flywheel air resistance. As you pedal harder, the air resistance increases accordingly, which increases the intensity of the workout so you can set up your own pace and difficulty.

Just like rowing machines, AirBikes provide a low-impact, total body workout. In case you are at the beginning of a workout lifestyle, you might not be familiar with the term ‘low impact’. So you are probably confused about this benefit.

In the workout vocabulary, low impact refers to the low pressure on your joints, such as the knee, ankles, and hip joint. During running, jumping, and other high-impact exercises, your joints can suffer a lot of pressure resulting in severe injuries. Achieving an effective and powerful workout with low impact is hard to accomplish, and that is precisely what you can find in this machine. While pedaling this machine, your joints won’t feel any pressure, so you can go as hard as you can without any worries.

Thanks to the low impact on your body, you can work out safely while recovering from hip flexor strain, rolled quad, or ankle. While you are working out on an air bike during a recovery, it will allow the injured area to move and enable the blood to flow through it, resulting in faster healing. You can also recover or boost your aerobic capacity by including air bikes into your interval training.

On top of everything, while you are using the air bike, there’s no eccentric muscle contraction. Thus you don’t have to worry about getting DOMS (Delayed-onset muscle soreness).

Cycling, in general, including a stationary bike, can significantly improve your cardiovascular health. It strengthens your lungs, muscles, and heart and enhances oxygen and blood flow through your body. That helps lower your blood pressure,  get a more robust immune system, low-stress levels, have a better sleep, and more energy for your daily activities.

As many of you know, probably the second reason many use air bikes and stationary bikes after being the tremendous CrossFit equipment is that they are great machines for burning calories.

Depending on how intense your workout is, as well as your body weight, you can burn more than 600 calories an hour with a stationary bike workout. However, with an air bike, you work 1.5 times more, so you can lose 30 calories per minute. That makes air bikes an excellent workout for burning calories quickly.

Now that we covered the essential benefits let’s talk about specific bikes that we recommend for you.

If you are looking for an air bike without arms, this is the best one on the market.

It’s lighter than most stationary bikes, portable, easy to assemble, so you shouldn’t be intimidated by its size.

The Concept2 BikeErg has an adjustable saddle and handlebars. You can also attach your bicycle seat, handlebars, or pedals to create the perfect custom indoor bike.

Instead of the chair, the BikeErg has strong poly groove belts, significantly reducing the sound that air bikes make, making them practical for any room within the house.

It has a PM5 Performance Monitor. It offers a complete set of instant data feedback, such as pace, watts, and calories. The statistics are later stored automatically in the monitor’s memory. The PM5 takes two D-cell batteries, but the flywheel generates power while you are riding, so it’s saving on your battery life. The PM5 Performance Monitor has both Bluetooth and ANT+ wireless options so that you can connect to the most wireless heart rate belts.

By changing options, you can simulate the experience of an outdoor ride or a challenging uphill climb. The addition of a damper also re-creates the effect of shifting gears on an outdoor bicycle, as you can change the quantity of air going into the flywheel.

This bike is so popular that other air bikes are called Assault bikes. When it comes to the bikes LCD console – It’s easy to navigate, and athletes can simultaneously track their speed, calories burned, time, heart rate, RPM, and more. You also have many customization options, such as on-board programs and multi-faceted monitor feedback.

Despite its popularity, it’s a relatively new bike, and it’s designed for modern standards and daily abuse thanks to its sturdiness. There are over 20 bearings in all, which is more than most fitness bikes in the industry. Because it’s so firm, there’s no wobble while you are using it. Also, the rigid design means there is no need for any maintenance.

It’s worth mentioning that this Assault AirBike is used for CrossFit games, and if you ever decide to sell it, it has a great resale value.

As already mentioned, Schwinn was one of the first air bike manufacturers and leading innovators in the fitness world.

Their Airdyne Pro has a double-coated steel body construction and strong steel cranks. It also has a padded seat that ensures a comfortable ride and foot platforms that reduce slip and improve push-off. Airdyne Pro is the first air bike to have a belt drive system. The belt system is durable and quieter than most air bikes on the market, without any metal clanking that you usually hear from fan bikes. And finally, it has nine preset programs, which means you have a vast range of interval training exercises. New models contain more plastic parts, so using it in a commercial gym might not be the best idea.

The design of this AirBike for CrossFit is built around heavy parts, which make it a sturdy air bike. It has rubber leveling feet under each base tube for improved stability. And in case you need to level it with the surface.

It has an LCD console with a high contrast display that runs on two AA batteries. You can select or create a wide range of exercises fitted for modern standards. The noise is quieter than the popular Assault Airbike because it has a belt drive system. Also, keep in mind that this model has only one hand-grip.

When it comes to the Rogue Echo bike, you will have to assemble it upon arrival. You will be provided with the necessary tools along with the bike parts. Once you assemble it, you will have a sturdy beast in front of you. In case you want to move it, it has a set of 1″ wide polyurethane wheels at the front of the unit. This will enable you to move your bike around and place it where you want with ease.

Thanks to its sealed cartridge bearings in every pivot, this model will sit perfectly steady every time you use it. It’s maximum user’s weight can be up to 350 LBS. The difference between the regular Assault AirBike is that Elite version has a more massive frame. In fact, it weighs 139 lbs and has a new aluminum seat post/slider and a more oversized ergonomic seat. In addition it has an advanced ISIS splined system for the drivetrain.

The AirBike Elite was built for high-intensity interval training. There are no manual resistance adjustments on this bike, so your workout’s level of difficulty will depend on how hard you pedal. 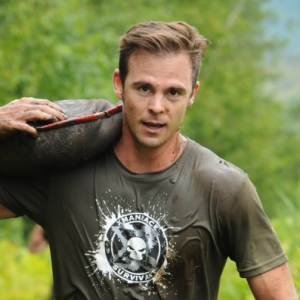 Hey! Thanks for being here. I've been active pretty much my whole life and I discovered Crossfit about 5 years ago. I want to help you improve your Crossfit performances by giving tips on specific movements, workouts and equipment. You have a question? Get in touch!
All Articles 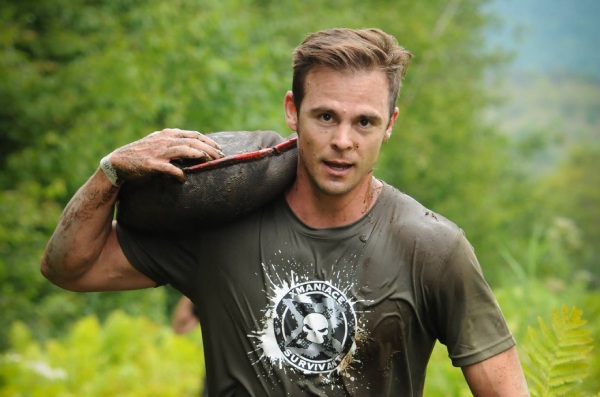 Hey! Thanks for being here. I’ve been active pretty much my whole life and I discovered Crossfit about 5 years ago.

I want to help you improve your Crossfit performances by giving tips on specific movements, workouts and equipment.

You have a question? Get in touch!

Best CrossFit Jump Rope: What to Look For 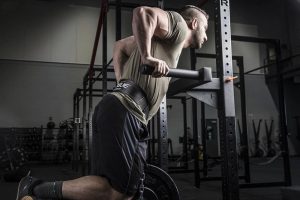 As a collegiate athlete who has trained in several small to world-class gyms, I’ve been able to test out different types of Dip Belts on 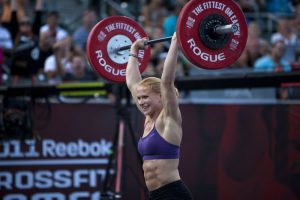 Everything you Need to Know About the CrossFit Press

As a collegiate athlete who has trained in several small to world-class CrossFit gyms, I want to share the tips I have learn along the 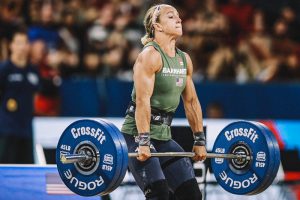 Everything You Need to Know About the CrossFit Clean

Regardless of the athlete you are or aspire to be, learning the CrossFit clean is essential. While not 1 of the 9 fundamental CrossFit movements,

Whether you’re just getting started with CrossFit or you’re a seasoned veteran looking to purchase some equipment for CrossFit to create a home gym, one of the

Wodreview.com is a participant in the Amazon Services LLC Associates Program, an affiliate advertising program designed to provide a means for sites to earn advertising fees by advertising and linking to Amazon.com. Pages on this site may include affiliate links to Amazon and its affiliate sites on which the owner of this website will make a referral commission.

Subscribe to get the latest Crossfit News and WOD tips